Force of Destruction - The Destructive Evil (2020) 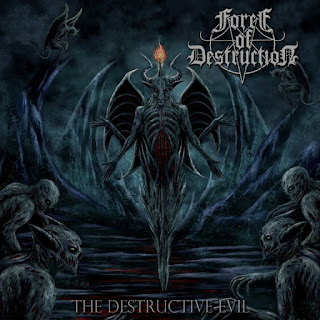 For those not on the know, this is complicated brand of death metal, that relies on a unique mixing of riffs and squealing guitars, drum patterns galore and the comfortably despondent growls. This transmits pure ANGER. These tracks will pound the listener with hateful riffing and full drumming. Force of Destruction release an interesting album here.  Each track starts off at a point and gradually drifts to a different mood with time changes, atmospheric changes, and varying speeds/intensities. Stylistically, this is still the same percussive-centered, soaring lead, blasting brutal style of death metal, but done in an intelligent manner. Each song spends time developing multiple well-thought out riffs while drums constantly rain down fills. Vocals emphasize short, powerful spurts that have an edge, while still maintaining trademark anti-religious lyrics. Production is very good for this type of album. The low, sometimes distant sound gives a very destructive, and evil atmosphere. Speeds are constantly varied and demand listener's attention. Moments can range from slow, sludgy riffs to pounding snare and solo combinations. Very technical from all aspects, but technicality that does, it serves a purpose.

Posted by soulgrinder at 12:21 PM No comments: 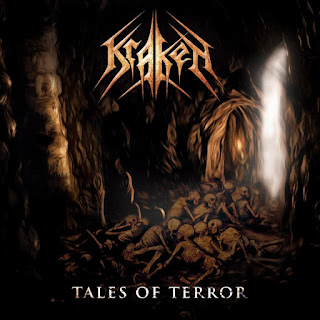 This is their first full lenght that Kraken from Peru released. And fuck, did they manage to do a good job of it or what? - the riffs are as good, if not better than their previous EP, especially on the first song, "Diablo". That song is a perfect example of massively riff-oriented thrash: insane riffs and brutal tempo changes. It feels like you're crushing posers. The searing guitar tone is raw as fuck but at the same time, avoids sounding like a chaotic wall of sound where you're barely able to differentiate between the notes.. No worries of that happening here. In terms of sheer riff-craft and songwriting, this album arguably manages to surpass some current thrash bands, but in terms of sheer viciousness and obliterating intensity, this album sends most of them right to the bottom of the totem pole. Okay maybe that was a bit of an exaggeration, but surely you get the drift. The final verdict? THRASH TILL DEATH!! Recommended, Go and get it !!

Posted by soulgrinder at 10:37 AM No comments: 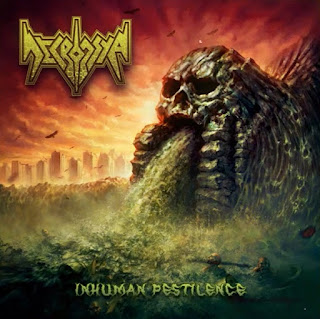 Everything in this album is punishing! You know the kind of metal that tells you fucking do what I say! OBEY ME! That is what this release is about. Okay let’s start with the production, Necropsya released great albums before this, just with different production, well not bad after all, just bad when compared to this production. The whole sound is just clear here, yet aggressive, sharp and tight. The previous albums probably had a “nastier and Raw” production, but this is the sound of pure Peruvian hostility, the sound that i like. The drumming by Nicolás Cárdenas is just very vigorous, and precise, and sounds volatile with the riffs being played. Actually, the drums drew my attention. The vocals are to the death side of metal, and they’re punishing ; the favourite vocal style in thrash metal, to be honest. They are belligerent, retaining the speed of thrash metal vocals, yet adding a whole lot of brutality and pain in their delivery… and the solos, they have this character that identifies them yet they never take over; the solos are just another aspect of the album that complements it and the fucking tremolos are insane, and the ultimate highlight are the fucking riffs. Here’s quality and quantity, and with that sick, heavy, thrashy guitar tone it has, the riffs only sound more intriguing. These riffs will haunt your dreams, they just dominate. You want the riffs to be catchy? or headbanging ? or aggressive ? or what ? This is a real perfect combination of all. One also gets his share of spine-chills too, listen to that break when the solo of Venom kicks in, just amazing. Necropsya didn’t really change in this album concerning their approach to brutal thrash, just put out an even more perfected album.; different production, “clearer” and more violent, and some more awesome drumming without forgetting the riffs; all that in one punishing thrash metal album.  Own this now!

Posted by soulgrinder at 10:24 AM No comments:

Age Of Agony - For The Forgotten 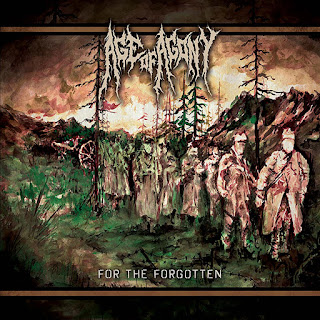 Vocals are a good example of powerful growl in every track. There isn’t much variety, but to be honest you don’t really need it in an album like this. I mean, variety is always a good thing and it would be appreciated, but it’s not the first thing to think about when you listen to death metal vocals. It’s an angry growl which fits the songs’ lyrical themes very well, that’s enough. Words are barely intelligible but this is how growl works. Guitars are probably the best part of the whole album. Riffs are complex, somehow catchy and well structured (not only riffs actually; the whole composition has an admirable structure), and solos are exquisitely technical. Drums are fast in some tracks, slower in other ones, proving a good variety in composition and playing. Their pace can skip from moderate to frantic and that’s an added value. Every song is savage. You can listen to this album many times in just a few days and you won’t get tired of it, not because it’s light but because it’s interesting. It’s heavy, powerful and angry, and you still can enjoy it without putting it aside after listening to it twice. That’s what makes an album great, and that’s why “For The Forgotten” is a must-have that should be in everyone’s collection.

Posted by soulgrinder at 7:57 PM No comments: 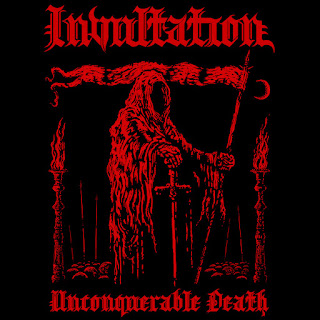 What an album of pure and unadulterated chaos! This album is a brutal assault. Aggressive, torturous style that this band displays. Every song is memorable, and creates and undoubtedly diabolical and blasphemous atmosphere. If Satan is a member of this band, i wouldn't be surprised. Everyone on the album is playing with the energy of a pissed off demon. Here you definitely get a raw production, but it's digestible. The drums sound awesome in my opinion, definitely raw, and pretty high in the mix, and not all that well produced, but all things considered, it's what you expect from this. It's thrashy, suitable for death metal and black metal also. To conclude my thoughts on this cacophony of pure, blasphemous, evil, this album is essential listening. If you like evil metal that combines black, thrash, and death, then Invultation is for you my friend. Give it a listen ASAP.

"If you are a false don't entry...because you'll be burned and died!"

Posted by soulgrinder at 7:45 PM No comments: 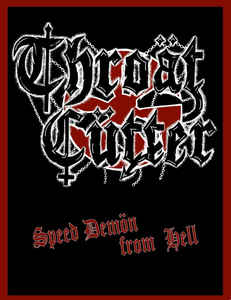 Okay, so I figured it was time to finally give a listen to this cassette and i go through cycles of addiction to this band due to the heavy dissonant riffs and beefy drums and demented vocals, this is pure madness. The riffs are crazy here. They have a punk attitude to them, when you listen to Throat Cutter you'll understand what I'm talking about. Just put it on already and stare off into the badass band that would destroy your ears with savage metal.m This release is a fantastic insight into how much old school Thrash Metal bands has influenced the new generation. This deserve to be listened to as a celebration of the underground scene. This music perfectly captures the frenzied energy of the golden era. This frenzied music brings back the sound of my youthful rebellion. My advice? Give this a listen for yourself, then formulate your own opinion. This is what metal is all about damn it !!

Posted by soulgrinder at 7:31 PM No comments: 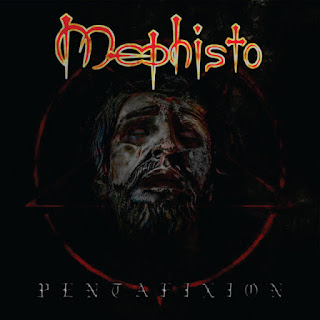 Mephisto from Cuba. There is so many influences in this band's music that you cannot pin-point it more than simply extreme metal. This album Makes you feel as if you're trapped in a dark chamber in some medieval castle. It has some synthesized choirs, to which the drums and guitars play a bit. The vocal screech, the drums play some great headbangable beats! And to make it even more interesting, some melodic solos. Afterwards, the album is good.  When the tremolo picked guitars come in, along with the cool  drumming. vocals come in and growls a bit, and then the chaos start. It's like watching a horror movie with brutal orchestral  music in it. This album is pure epicness and has no words to be described. All in all, this was an amazing listen. If I were to recommend it to someone, I would recommend it to symphonic black metal fans. I feel like I've rambled on enough, yet I also feel like I've barely scratched the surface as to why I like this album. Oh well. Hope this was useful to someone and maybe even turned a few people on to an style that they may have previously overlooked. Good job !

Posted by soulgrinder at 7:13 PM No comments: