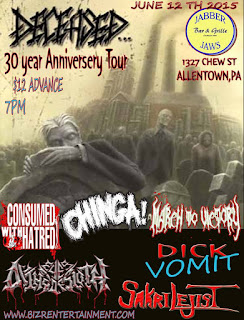 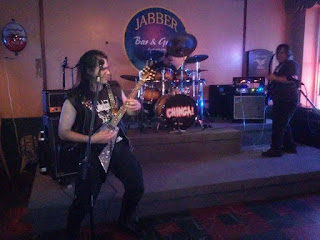 The opening act for today is the local band Sakrilejist, they play black/death metal, with clear influences from bands such as Venom, Emperor,Sarcofago and Morbid Angel. Despite the band playing very early in the evening, the audience is still pretty tame, but the band manages to get some people to bang their heads to the songs. In my opinion, Sakrilejist couldn’t have been a better opener for the day, because the songs are raw and up-tempo, and are diverse enough to stay interesting for a crowd that is yet to be fired up. The band put up a convincing performance, and made a great opener for a great day full of metal.Dick Vomit was next, a  number of people were headbanging all across the room. The band makes fast and rawThrash metal tunes, which are perfect for an event such as this one, the band managed to put up a cool performance, the band makes up for with enthusiasm. The performance was rather short, but enough to get the audience fired up this early in the evening. All in all, a kick ass performance by Dick Vomit! 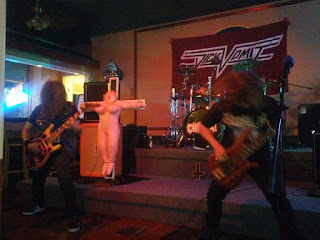 Chinga and company attracted the audience, the setlist was very diverse, and featured a lot of old work as well as new songs. The music was truly powerful, and the acoustics in the venue contributed greatly to this. All of the instruments were properly adjusted, and they created a brutal atmosphere in all of the songs. It wasn’t just the instrumentation that was great however, the vocals were also a great addition to the performance. Vocalist is responsible for both the grunts and growls of the band, which creates a nice variety in all of the songs. All in all, the band has given us an interesting performance, the crowd liked it, and people were fervently banging their head and moshing along to the songs. March To Victory makes a combination of  melodeath, creating a  contrast between their songs. The music was pretty standard, nothing we haven’t heard before, but amusing nonetheless. The band had a good performance and the crowd was pretty enthusiastic. All in all a decent performance as far as we could tell, not forget to mention they did two covers by Kiss and the legendary Death! 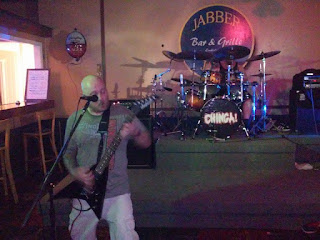 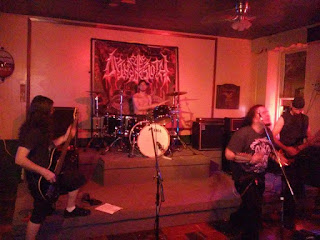 Deceased took the stage by storm, the band has always surprised me with fantastic live performances, the quality of their albums are great and somehow always sounds more brutal every time. Nevertheless, I am excited to finally see the band live on stage again. Deceased is hard to describe in terms of genre, since it balances somewhere between Death and Thrash metal. However, this always makes for varied setlist, as is the case today. The band starts off with "Night of deceased" followed by "The premonition" some of the more raw and violent songs. Halfway through the set we are being treated to a wonderful rendition of ‘Tormentor’ (Kreator). From here on out, the madness begins, and the rest of the set has the audience fervently headbanging like beasts and singing along. Once again the band proves that they have wonderful stage performance. the last song of the night was "Black metal" (venom) Well done King Fowley and the legendary Deceased, damn my neck still hurts. What an Amazing show that was! 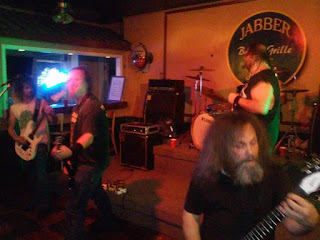 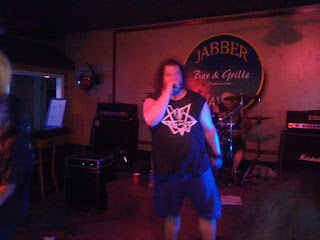